This week saw the publication of a new independent report, Land for the Many: Changing the way our fundamental asset is used. Written by George Monbiot and six others and commissioned by the Labour Party, the report ‘aims to put land where it belongs: at the heart of political debate and discussion’, proposing ‘radical but practical changes in the way land in the UK is used and governed’.

In his Guardian article detailing the report, Monbiot describes land as the ‘most neglected issue in British politics’. He writes:

‘Its ownership and control have been captured by a tiny number of people. The results include soaring inequality and exclusion; the massive cost of renting or buying a decent home; the collapse of wildlife and ecosystems; repeated financial crises; and the loss of public space.’ 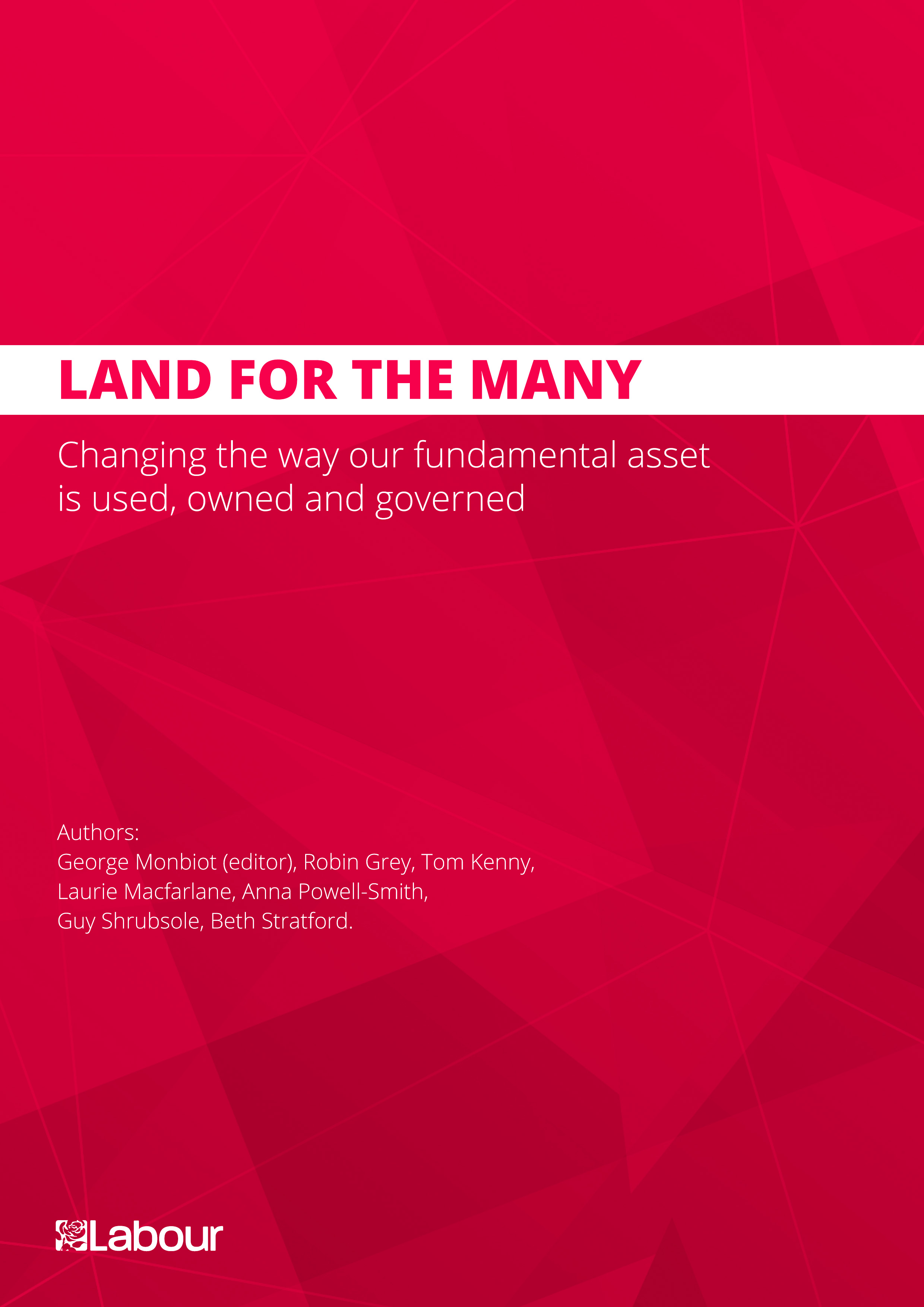 The report puts forward a series of recommendations, which the Labour Party will consider as part of its policy development process. They include ‘an explicit goal to stabilise house prices, so that wages can catch up and the house price-to-income ratio can gradually fall’, as well as the ‘Common Ground Trust’, which would help prospective house buyers by purchasing the land underlying the house, which makes up about 70% of the cost. The buyer would then pay the Trust a land rent, while the Trust accumulates a pool of land, creating ‘common ownership on a large scale’.

Other proposals include major reforms of the private rented sector including tighter rent and eviction controls, as well as ‘supporting Labour’s commitment to an ambitious social housing building programme’. The report also suggests tax reform: replacing ‘council tax with a progressive property tax’, ensuring development is led by ‘democratically-accountable public bodies and communities’, and supporting the creation of Community Land Trusts and Community-Led Housing.

Monbiot also calls for ‘a right to roam across all uncultivated land and waterways’ and wants ‘to use part of the Land Registry’s vast surplus to help Community Land Trusts buy rural land for farming, forestry, conservation and rewilding’. Through these proposals, the report

‘seeks to make this a nation that works for everyone, with a better distribution of wealth and power, greater financial stability, economic security and environmental quality, greater participation in the decisions that affect our lives, an enhanced ability to create our own homes and neighbourhoods and a stronger sense of community and belonging’.