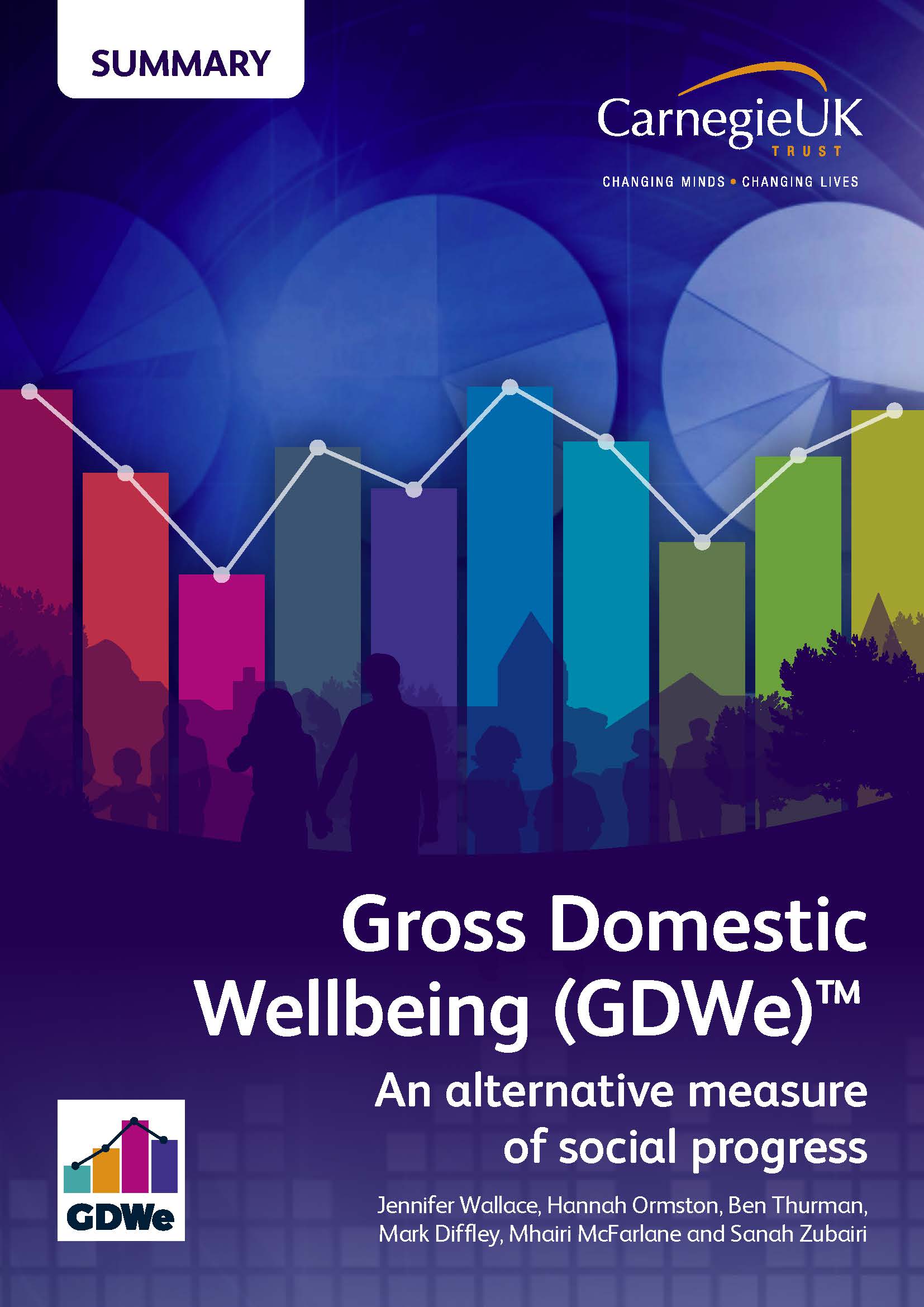 The reports states that COVID-19 has brought into sharp focus ‘the importance of societal wellbeing’, but that GDP cannot tell ‘an accurate story of whether life is improving, where the gaps are, or who is being left behind’. Using data from the Office for National Statistics (ONS), Carnegie UK Trust have developed ‘for the first time, a powerful single figure for GDWe in England and mapped this against GDP for the past five years’. Their analysis shows that while GDP ‘appears to have steadily increased, GDWe has slowed and has begun to move in the opposite direction’.

The Trust sets out their understanding of societal wellbeing: it comprises ‘Social, Economic, Environmental, and Democratic (SEED) outcomes in how we measure social progress’. The report discusses why wellbeing matters, explains the methodology behind calculating GDWe, and explores the results across a number of areas, including health, where we live, education and environment.

The report concludes with a quote from Barry Knight’s article #BuildBackBetter:

‘Life matters more than wealth. Amidst all the fear and upset, people want a different future, and one that is not about who has the most toys when you die. Relationships – family and friends – matter more than growth.’

How can we use Gross Domestic Wellbeing?

First, that it ‘should commit to putting wellbeing at the heart of decision making’, citing the ‘prominent #BuildBackBetter campaign, which continues to call on government to think differently; to amend their predominantly economic focus; and to re-write the rules and goals’ as one example of many calling for this change. It also recommends that the ‘UK Government should hold a national conversation on wellbeing in England’ and adopt a ‘wellbeing framework’ which not only measures wellbeing but links ‘explicitly to mechanisms for decision-making such as budgets and programmes for government’.

Finally, the report sets out ‘the six cornerstones of wellbeing’: prevention, participatory democracy, equalities, localism, integration of services and long-termism, and recommends that the UK government should commit to these ‘as a new approach to delivering better outcomes for citizens to be applied across all policy areas’.