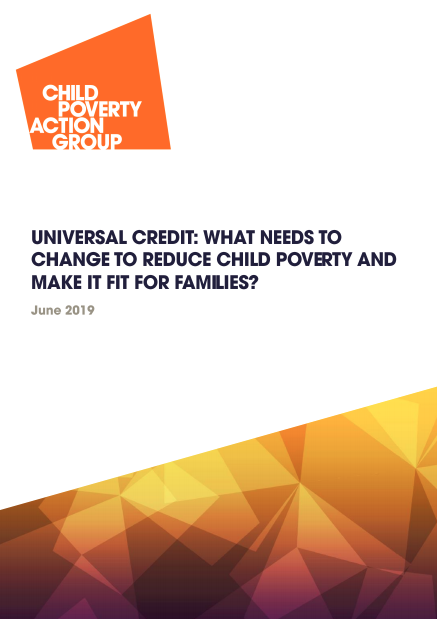 Using analysis from the Institute for Public Policy Research, the report sets out a ‘series of re-investments in universal credit, and details their impact on child poverty and the expected cost to the exchequer’, exposing the huge losses to family income resulting from the benefits freeze and benefits cap. Abolishing the two-child limit, ‘a policy which seems designed to increase and deepen child poverty’, would lift 300,000 children out of poverty, bringing about the greatest reduction to child poverty per pound of social security spending. The report also states that

‘A modest package of re-investment in children’s benefits would lift 700,000 children out of poverty by 2023, when universal credit will be fully rolled out, and increase family income by an average of £1,000 per year.’

The report then highlights ‘the growing evidence of structural design flaws which cause real hardship for many claimants, with those in the most vulnerable circumstances most at risk’. It sets out ways in which claimants’ experience can be improved. These include removing the five-week wait, ‘reported by the Trussell Trust to be a key driver of food bank use’, changing the treatment of earnings, tackling gender inequality by ensuring the child elements of universal credit are paid to the main carer, and helping with childcare costs. The report also advocates reducing the use of sanctions and improving communication and support for claimants.

The report finally looks at the ways in which people are joining universal credit with ‘recommendations to make both “natural” and “managed” migration both safer and fairer’.