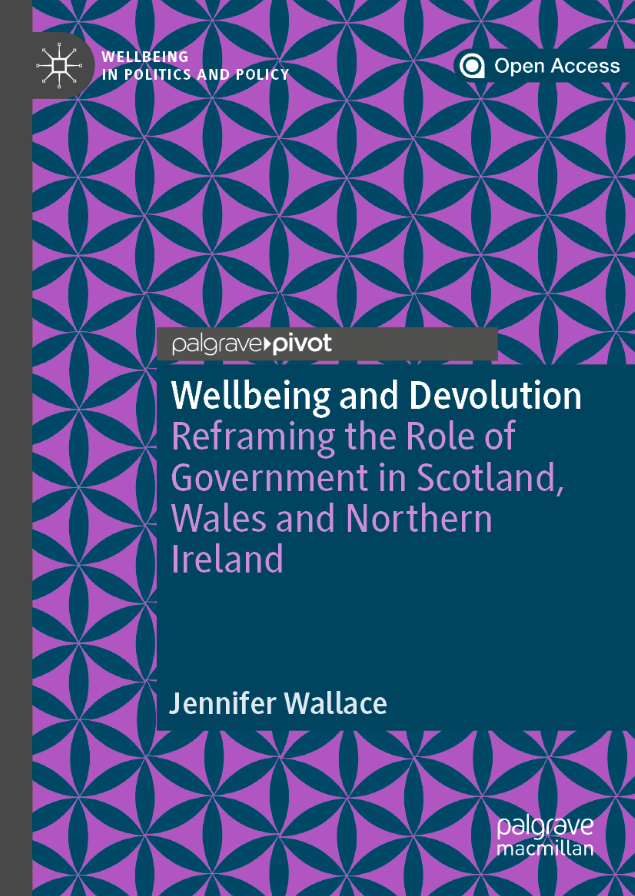 Wellbeing and Devolution: Reframing the Role of Governments in Scotland, Wales and Northern Ireland, by Jennifer Wallace, Head of Policy at Carnegie UK, looks at ‘why each of the three devolved governments set their goal as improving wellbeing and how they balance the core elements of societal wellbeing (economic, social and environmental outcomes)’.

Rethinking Poverty attended the launch, where Wallace posed a number of questions explored in the book: ‘do the wellbeing frameworks represent a genuine attempt to think differently about how to plan and organise public services? If so, what early indications are there of the impact this is having on people’s lives?’

The book examines the different ways in which the devolved governments have approached wellbeing. Scotland, the first of the three devolved legislatures to embark on developing a wellbeing framework, introduced the National Performance Framework in 2007. It applies to all governmental departments and public bodies and ‘aligns their activities by seeking improvements in 11 National Outcomes’. Jennie Barugh of the Scottish Government, speaking at the launch, said the framework ‘sets out the vision of the country we want to be’.

Northern Ireland was the last to introduce a wellbeing framework, publishing its first working draft in 2018. ‘The approach aimed to create a shared, unifying vision for a post-conflict society’ and sought

‘to create a conversation and common language that sat outwith and above the constitutional debates that create political vulnerability in Northern Ireland, whilst acknowledging that these tensions exist’.

Wallace accepts that the suspension of the Northern Ireland Executive in early 2017 ‘demonstrates that this conversation has not yet taken root’, but she still finds ‘reason to be optimistic’ as ‘current evidence points to a continuation of the wellbeing approach in any revised Programme for Government’.

The book then compares the three approaches ‘to better understand why they have established a wellbeing approach to government and what it may have achieved’. It argues that

‘wellbeing frameworks are both a cause and a consequence of a new way of thinking about the role of governments. A move that continues to shift away from the top-down, one-size-fits-all approach that characterised much of the welfare state across the UK in the 20th century.’