“This is a unique, well-written and interesting piece, which explores how small, persistent changes can impact an individual’s entire life course. It also demonstrates how the kindness of one person can contribute to changing someone else’s life, providing a sincere depiction on the impact of helping young people in difficult situations.” – Jessica Johnson 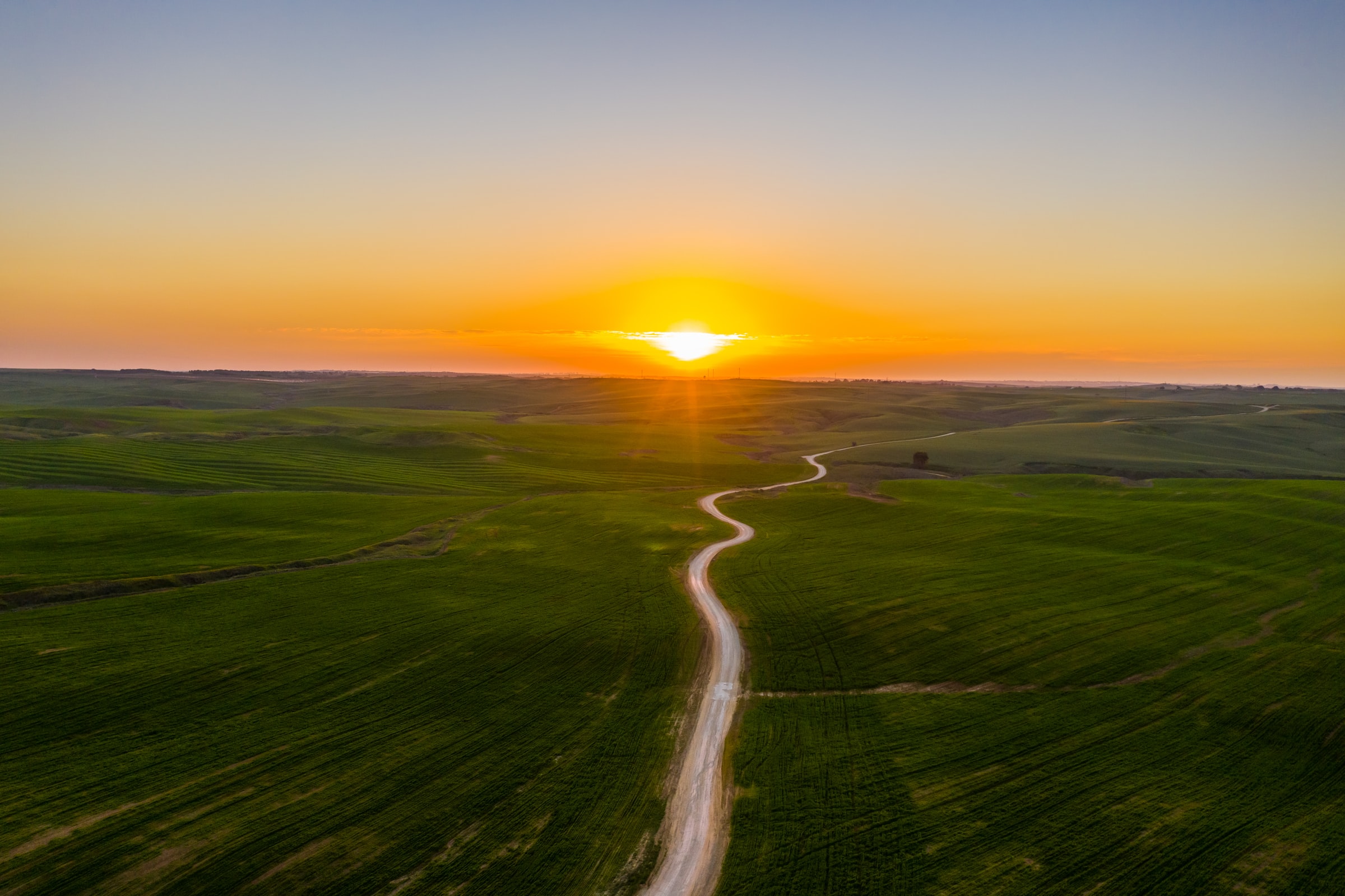 It started with a glass of water, subsequent to waking up. I had read the health benefits online, including how it could give you a burst of energy in the morning. Exactly what I needed. This was my starting small.

It was 2019, 4 months after my 16th birthday, when It was necessary for me to move out. Circumstantial. Much like a baby bird set to dispatch from its nest, able to fly, yet still vulnerable. However, I fortunately had years of taking care of myself under my little belt. Cooking, cleaning and being responsible for my emotional well being, the things a mother or father may be responsible for. Longlands was where I found myself. Right at the heart of Middlesbrough; where housing was cheap. An eminently working class area, wrapped in the decay of its industrial past, pervaded with violence, crime, amongst many other things. Nothing I wasn’t used to. Now alone, an empowering yet corrupting freedom overwhelmed me, driving me away from college.

Consequently, after a few months, I accumulated a new group of friends. Acquaintances in retrospect. Vivacious types, though flippant. I believe it is Jim Rhon who famously said “You are the average of the five people you spend the most time with.”. A statement, which I’m ashamed to admit is truth laden. Each other weekend was spent frivolously, then every
weekend, until we had justified almost everyday of the week to be one for drinking. It took 5 months for these actions to finally catch up with me. Due to a breach of tenancy caused by excessive noise and partying, I was asked to leave. I did. I was now overwhelmed by a sense of excitement and relief; to have knowledge of a new, hopefully more positive direction, despite not knowing quite where that was.

It was now required of me to live with an adult, social services no longer trusted me. This was May time; spring was in full swing. I stayed with my mum until I was introduced to the man whose house I was to live in, there was no alternative. lockdown had limited my options greatly. The house was in a small town, fairly quiet, 30 minutes drive from my previous home, well maybe not a home, a house. The man, Adrian, was kind and roughly aged 30 something, that’s all I could really tell at first, and so I moved in just a little under a week later. I was shown to my designated bedroom, small, but canny and very clean and began to unpack my belongings. When my social worker had left, it was just Adrian and I. What to do next I wasn’t sure. I left my bedroom door open as I didn’t want to seem ill mannered. Adrian, shuffling about the house just like me unaware what to do with a stranger in his home, came to tell me that he was always there to talk, and if I needed anything, just to ask. He kept this promise.

Now in a much more stable position, I felt inclined to make the decision to change the direction of my life. And such a satisfactory one after months of feeling as though my future was not in my control. I made the decision to not just go back to sixth form but to repeat year 12. I asked my teachers, to which fortunately they agreed. And so, I was set to start the year anew.

This wasn’t the only new thing for me. Seeing Adrian get out of bed in the morning, and go to work everyday was new to me too. I didn’t really know anyone who had a job other than my teachers. All of my mum’s friends stayed at home with children watching tv, if social services hadn’t already taken their children away. Another new thing was restaurants. Of course I’d been in restaurants a few times with friends, even worked in them when times were hard, but I had never been with a parent. Adrian and I went for breakfasts, lunches and dinners at least one a week (once lockdown was lifted). Breakfast was my favorite. We would sit by the window, watching inaudible hordes of people rushing by. Watching the world in motion, coffee in hand with its tantalising steam unfurling in the morning air. The sun’s delicate rays streaming through the window, warming my skin.

It started with a glass of water, subsequent to waking up. I had read the health benefits online, including how it could give you a burst of energy in the morning . Exactly what I needed. This was my starting small. I had also read it takes 21 days to build a habit, this is what I intended to do: build habits, healthy ones. Bit by bit, I dedicated myself to building a morning routine, fit for a student. This included waking up at 5am, some may say excruciatingly early, exercising, practising gratitude, reading and so on. Morning became my favorite time of day.

September came quick enough, and the return to sixth form was fairly smooth, despite a new year of people who I didn’t know. Although I made no conscious effort to make friends, I did remain amiable, as always. I had been a consistent D grade student the latter end of my secondary experience. I had never got an outstanding, or even good grade. Now in the same position as most of those around me with a new year, I was no longer going to be that blasè student, who produced such subpar work. Instead, I was going to achieve something I had never achieved before, grades I was proud of. I now had someone in my life other than myself who was interested in my education, Adrian. He would ask what I had learnt that day, did I enjoy college and most striking of all to me, what university I wanted to attend. This engagement was such a stark contrast to the slurred, insouciant “Aw ye” I would receive from my mother when trying to tell her what I had learnt at school as a child. I suppose such things don’t interest everyone. At the start of my journey in a new direction, I held a lot of resentment for my mother. I don’t anymore, I learnt to let go. How freeing it was. I realise now that grasping on to such feelings would only hold me back, like a tin can on the end of a kite, desperate to fly. It struck me that maybe the past can’t change, but I can.

One day, while in sixth form, I overheard a conversation discussing university. Whoever it was, wanted to go to Oxford. I was stunned by this. Being from the North East I believed Oxford was for ‘smart rich people’, and that it was impossible to get in there. With my curiosity sparked, I took to Google and searched for the course I was interested in on the Oxford website. I wanted to see what Oxford life was like and what grades I needed. From here it was clear to me, what I wanted and how I was going to achieve it. I was to get no less than 3 A’s at the end of year 13, to study literature and english language. My dream course at what was now my dream university.

The stereotypes of Oxford students, and me not fitting that (especially being of ethnic origin), had not discouraged me. The knowledge of such a place, with so many people to converse with on an intellectual level excited me. I intended to build my cultural capital, something I had never really paid attention to before. For me this included reading classic literature (now my preferred genre), starting violin lessons, writing, and expanding my vocabulary. Although this may seem like a desperate effort to fit a mould I’am destined not to fit, such things are so natural to me now. As though it’s what I should have always been doing. As though I’ve been missing out.

Adrian and I no longer live together. We parted on peaceful terms in November, due to my need for independence. The progress I made while with Adrian had given social services the trust they needed to allow me to live independently again. I could not express more how grateful I am for what he offered me, stability. Now I live in a flat, closer to Sixth Form. I adjusted exceedingly quickly as I always do. I remain with the same habits, and my mental health as stable as it was previously with Adrian. I can every so often become indifferent to my studies while at home. However, the reminder of my future provides sufficient motivation to get back to it. The vision of my clothes, my books, my life in boxes in the boot of a car, ready to drive and unpack in my room, at Oxford University.

Still, I intend to go in this new direction. To break my family’s cycle which none have attempted to break. To walk a path that no one has paved for me but myself. To make no one proud but myself.

It started with a glass of water, subsequent to waking up. This was my starting small.

August is often dubbed the silly season, but this one has been packed with momentous events: the publication of the latest IPCC report, the chaotic exit from Afghanistan, and... Read More

What does the experience of Euro 2020 and its aftermath tell us about the state of England today, and about the outlook of the younger generation as we emerge,... Read More

A NEW DIRECTION: STARTING SMALL “This is a unique, well-written and interesting piece, which explores how small, persistent changes can impact an individual’s entire life course. It also demonstrates... Read More

A NEW DIRECTION: STARTING SMALL BY CREATING NORFOLK WETLANDS “A powerful and original interpretation of this years’ theme, drawing the link between the local environment and the climate and... Read More

WORK EXPERIENCE AS A YOUNG CAMPAIGNER “A poem that will resonate with many campaigners young and old, touching on both the inspiration and drudgery of working to make the... Read More

The results of The Orwell Youth Prize 2021 will be revealed at our Celebration Day on Thursday 22nd July, and we are looking forward to sharing another year of exceptional... Read More

Even before the pandemic, young people in the UK faced many forms of inequality: a lack of jobs, a shortage of affordable housing, and cuts to public services –... Read More