What can we do to ensure decent, affordable housing? | Rethinking Poverty

What can we do to ensure decent, affordable housing? 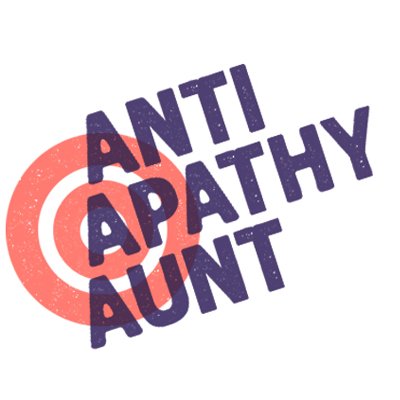 New Podcast: How can we ensure decent, affordable housing?

This episode of the Anti-Apathy Aunt podcast hosted by Deborah Doane, welcomed Gill Hughes from #thehullwewant, alongside Osama Bhutta from Shelter, responding to a question from a listener about how they can ensure that a local plan is responsive to local people’s housing needs. Both Gill and Osama give ideas about how to hold a local council to account, and how to bring citizens together for long-lasting change. They also talk about success stories.  We then find out how the listener might take these ideas forward.

The Anti-Apathy Aunt podcast is an agony aunt for people who want to change the world, but don’t know where to start. It’s aimed at getting people engaged in social change through civil society. Each episode takes on a question from a listener about an issue they’re concerned with and brings experts together to share their ideas. We then hear from the original correspondent to find out what inspired them, and what they might do too.

Listen to this and other episodes of the Podcast here on a range of social justice issues, including tax justice and youth violence.

How can local people take action on things that matter to them?

How can local people build control and take action on things that matter to them? Our research shows that there are five main components of collective control: social connectedness;... Read More

Shaping Our Future: a Wellbeing Framework for the North of Tyne

What can we do to ensure decent, affordable housing?

New Podcast: How can we ensure decent, affordable housing?  This episode of the Anti-Apathy Aunt podcast hosted by Deborah Doane, welcomed Gill Hughes from #thehullwewant, alongside Osama Bhutta from Shelter, responding to... Read More

How Community Brain is transforming Tolworth

Tell us about Tolworth, and why it was important to work there? Robin Hutchinson (Community Brain founder): Tolworth is in Southwest London. It’s part of the borough of Kingston-upon-Thames. It’s... Read More

Rethinking Scotland: our systems need to let people in

History tells us that periods of great disruption are often followed by periods of massive social change. But last year’s’ flurry of ‘build back’ and ‘build forward’ reports and... Read More

Coastal communities in the time of Covid

In 2015, we put out a paper outlining a common vision for coastal communities. Our work found that creating and supporting good, sustainable jobs is completely compatible with maintaining a healthy... Read More

The future of planning: a moment’s insight is worth a lifetime of experience

On ‘Blue Monday’ in mid-January 2020, TCPA policy director Hugh Ellis was considering the future of planning and experienced a meltdown while on a train journey. He realised that... Read More

The power of communities of place and interest

What does community mean to you? Whether it means stopping to catch up with your neighbour in your local park; knowing where to access support if you need it;... Read More

Reducing inequality in Oxford: what Covid innovations can be sustained?

The last few months of lockdown have seen organisations across the country finding innovative ways to meet the challenges presented by the pandemic. As we edge back to ‘normal’,... Read More

Time for local economic development to muscle up

For some in the local economic development community there is talk of a post crisis “bounce back” – reflective of an idea that the economy is on a purely... Read More

In 2019, the electoral landscape of Yorkshire and the Humber changed dramatically. Nine Labour seats went to the Tories, who won the most votes in the region for the... Read More

What is the society we want? There is widespread agreement across the political spectrum that capitalism is in crisis and we need a new way of doing things. ‘Read the... Read More