The big development this month is the re-emergence of the Green New Deal in the UK, offering a way forward to address poverty, inequality and climate change. Also this month: new research on the grotesque imbalance in land ownership in this country, and the re-emergence of civil disobedience as a powerful form of citizen activism following Extinction Rebellion’s extraordinary success in forcing climate change on to the national agenda. 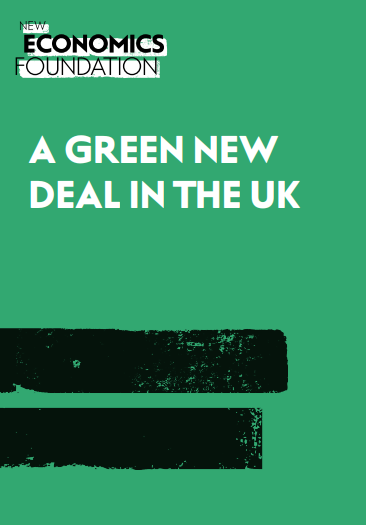 On 3 April New Economics Foundation published a pamphlet called A Green New Deal in the UK. According to NEF, a Green New Deal is a recognition that ‘to tackle climate change, we must transform the economy … in a way that works for the majority of people: environmental justice working in tandem with social justice.’ Its highly publicised espousal by US Representative Alexandria Ocasio-Cortez nothwithstanding, the idea was in fact hatched in a London bar in 2008.

‘The beauty of the Green New Deal is that it’s a win, win, win,’ said Caroline Lucas, speaking at a meeting at the House of Commons on 1 April. Based on the creation of good new jobs in every constituency, it can address poverty and inequality, restore our environment and put our planet in order – ‘all boxes ticked’. ‘We must have a green industrial revolution. And Labour will lead it,’ writes shadow business secretary Rebecca Long-Bailey in the Observer. Individuals from all political parties are now coming together to serve on the Institute for Public Policy Research’s newly launched Environmental Justice Commission to pursue this agenda. The Commission will be co-chaired by Labour MP Ed Miliband, Green MP Caroline Lucas, and former Conservative MP Laura Sandys.

Alexandria Ocasio-Cortez is a fan of what Business Insider refers to as ‘a geeky economic theory called MMT’, which stands for Modern Monetary Theory. In traditional economics, the notion of printing money to solve a country’s problems is almost universally regarded as a bad idea. Yet MMT insists that the government can print all the money it needs, and nothing bad happens because they can always create more money to pay off debts. Government spending can grow the economy to its full capacity, enrich the private sector, eliminate unemployment, and finance major programmes such as universal healthcare, free college tuition and green energy.

Also from the US, Aaron Tanaka of Non Profit Quarterly writes about ‘social justice enterprises’ which, he says, ‘offer an addition to the U.S. social movement ecosystem by articulating a proactive role for businesses to support and sustain grassroots change’. Back in the UK, CLES’s new pamphlet, New Municipalism in London, describes three London boroughs’ efforts to tackle wealth extraction and extreme inequality in their local areas.

In the UK, Wellcome Trust’s decision to drop its plans to trial a four-day working week, reported in March’s Talking Points, will be a disappointment for proponents of the idea.

In an article titled ‘Dare to declare capitalism dead – before it takes us all down with it’, George Monbiot cogently sets out the problems with capitalism: perpetual growth, the principle that people have the right to as much of the world’s assets as their money can buy, and the translation of economic power into political power.

‘I believe our task is to identify the best proposals from many different thinkers and shape them into a coherent alternative,’ he writes. ‘Because no economic system is only an economic system but intrudes into every aspect of our lives, we need many minds from various disciplines – economic, environmental, political, cultural, social and logistical – working collaboratively to create a better way of organising ourselves that meets our needs without destroying our home.’

The scandal of land ownership 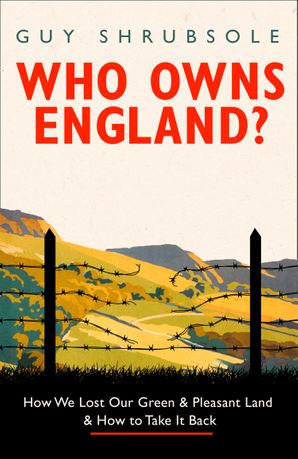 Who Owns England? This is the question posed by Guy Shrubsole’s new book. The answer:  Half of England is owned by less than 1 per cent of the population, with corporations and aristocrats the biggest landowners. Comments Labour MP Jon Trickett: ‘It’s simply not right that aristocrats … and large corporations exercise more influence over local neighbourhoods … than the people who live there. Land is a source of wealth, it impacts on house prices, it is a source of food and it can provide enjoyment for millions of people.’

Writing for the Guardian, Shrubsole focuses on ‘the secretive companies hoarding England’s land’. Companies have for a long time benefited from having their landholdings kept secret, he says, ‘giving them the element of surprise when it comes to lobbying councils over planning decisions and the use of public space … If we want to “take back control” of our country, we need to understand how much of it is currently controlled by corporations.’

Inequality, stealthy and not so stealthy

A new report by Fabian Society general secretary Andrew Harrop, Inequality by Stealth, shows how the government’s tax relief and social security policies provide more cash support to Britain’s richest 20 per cent of households than to the poorest 20 per cent, while venture philanthropy charity Impetus reports that poorer children are ‘twice as likely to be out of work in later life’. This is borne out by the Social Mobility Commission’s latest State of the Nation report, which warns that inequality will remain entrenched in the UK ‘from birth to work’ unless the government takes urgent action. Focusing on intergenerational equity, the House of Lords Committee on Intergenerational Fairness warns that the bond between the generations could be undermined if government policies are not fairer.

Children are in the spotlight this month. Twenty years after then Prime Minister Tony Blair pledged to end child poverty in a generation, the BBC News Reality Check team looks at what has happened to child poverty, under the heading ‘Why UK child poverty targets won’t be met’. Also from the BBC: Worsening child poverty harms learning, say teachers. Commenting on the government’s annually released poverty statistics Lizzie Flew of Child Poverty Action Group (CPAG) reports on ‘The new face of child poverty’.

The Trussell Trust reports that its food bank network has handed out record 1.6 million food parcels in a year, 500,000 of them to children. At the same time research published by CPAG reports that children in low-income families suffer social exclusion and a sense of shame because they do not have enough food to eat.

‘The Canadians are doing it; we’re not,’ writes New York Times columnist David Brooks. ‘It’ is ‘winning the war on poverty’. Between 2015 and 2017, Canada reduced its official poverty rate by at least 20 per cent. While the US approach is scattershot and piecemeal, the Canadian approach is comprehensive and collaborative. A key component is local planning. After a year learning about poverty in their area, each town comes up with a plan. ‘Each town’s poverty is different. Each town’s assets are different. So each town’s plan is different.’

First, the local level. In Rome, the lack of city maintenance has become a major problem. Giorgio Ghiglione finds seven men and women working hard, their faces obscured by scarves and hoodies. ‘They are not criminals. Members of the secret Gap organisation, they hide their identities because what they are doing – fixing a broken pavement without official permission – is technically illegal.’